90-day reporting to be scrapped for expats 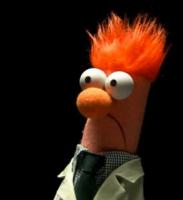 BANGKOK — Mandatory 90-day reporting for foreigners will be rescinded next week, the immigration bureau announced Saturday.

The surprise announcement was made by bureau director Vorayuth Petnoi, who said forcing foreign residents to submit themselves and their personal information to the authorities four times every year was backward and serves no discernible purpose.

“Look. The rule was put in place when we weren’t sure about all these foreigners,” Gen. Vorayuth told reporters. “But as the country is moving toward Thailand 4.0 era, the policy just seemed very 3.4. “After all, what’s the point? We know you’re here somewhere until you’re not.”

The 90-day reporting will end Monday, he said. It will be replaced by 90-hour reporting, which will allow officials to make sure they’ve shaved, are wearing a shirt and can still wait in a queue.