A little from the Thai Farm.

It wasn't worth the effort in 2011. Switched to sugar then, from a comfortable distance of 196km away.
MsH's b-in-l is a farm advisor 800hrs per year for orbortor, rest of time runs farm machinery contracting business and manages the land, trust his judgment on what's best
I do have good memories of my year on the farm 2010-11, great experience and not a regret. Like it there, don't get to visit as often as I'd like to.
S

kaptainrob;273626 said:
Cassava was never a big cash crop and very labour intensive to plant and harvest. Negligible profit for family operation at best, probably not worth the effort now, Hatari?
Click to expand...

We just finished harvesting just over 32 tonnes of it. Averaged 4.5-5 tonnes per Rai, a some family near by averaged 10 tonnes to the Rai, but we aren't going be following them.

The cassava was in the ground for about 12 months.

The only fertiliser we used was pig manure at the beginning, nothing else.

Cost wise per Rai as an example would be,

There is also cost of the hormone treatment of the stems, but that's pretty small.

The stems normally just come from an old crop so no costs there. People around here give them away free if not using them.

Harvesting cost is &#3647;300 to plough/rip them up, then you just have to pick up the roots and load them in the truck.

Having your own equipment makes it far less labour intensive and fairly profitable crop.
C 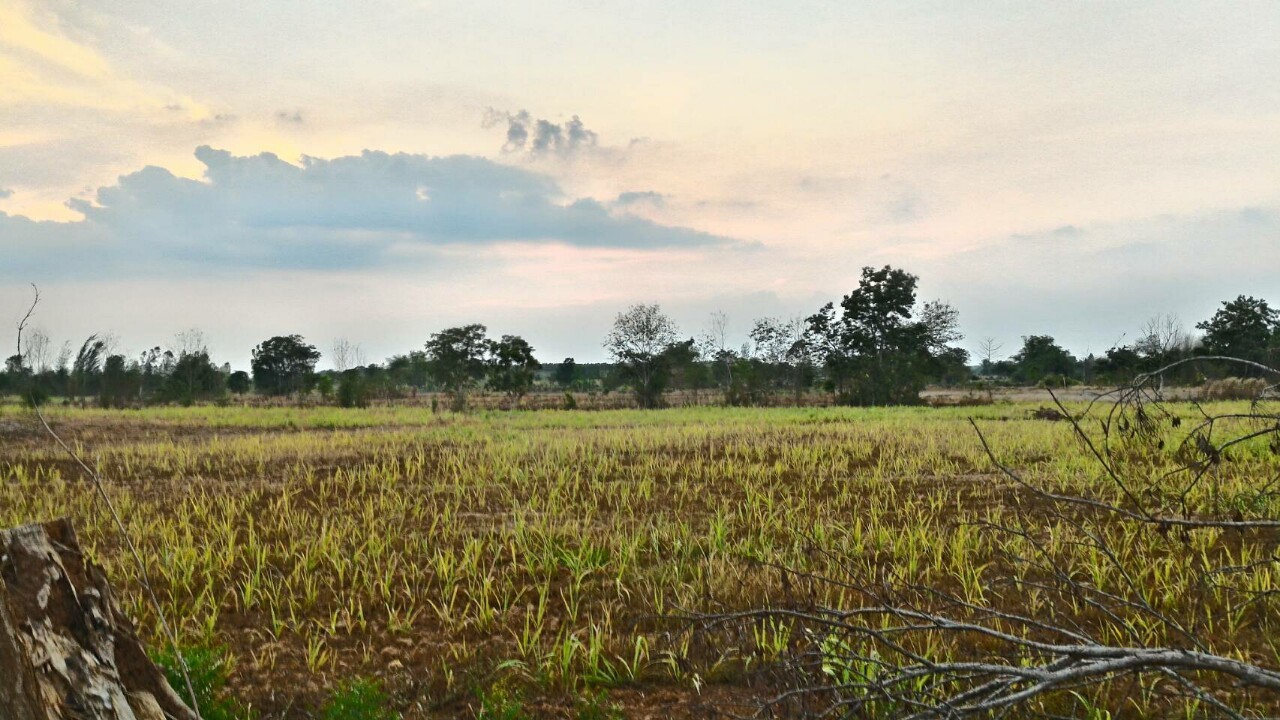 and their private water storage hasn't run out yet Drove up highway 317 Chanthaburi to Sa Kaeo, a further 46km to the farm; missed the place, missed the people - good time to go back with MsH's nephew becoming a novice monk, great gathering of people and a very social, enjoyable occasion. And a chance to walk the farm, recently expanded as they've bought an adjoining small farm adding another 50 rai to the property On the way there, the limestone hills at Khao Chakan, 20km before Sa Kaeo town, we'd be back here for the temple ceremony the next day When I talk to the eucalyptus trees ... I say "I knew your parents" Tractors had the day off After the farm, heading south on minor roads rather than Highway 317, trust in GPS, this sign first indication we were on the right road, away from Khao Chakan; peaceful countryside, minimal traffic. Stopped here in corn country to see the lake, reservoir, unsure if we were in Sa Kaeo or Chanthaburi province, and continued on towards the golf club resort we'd booked near Soi Dao - hills in the distance