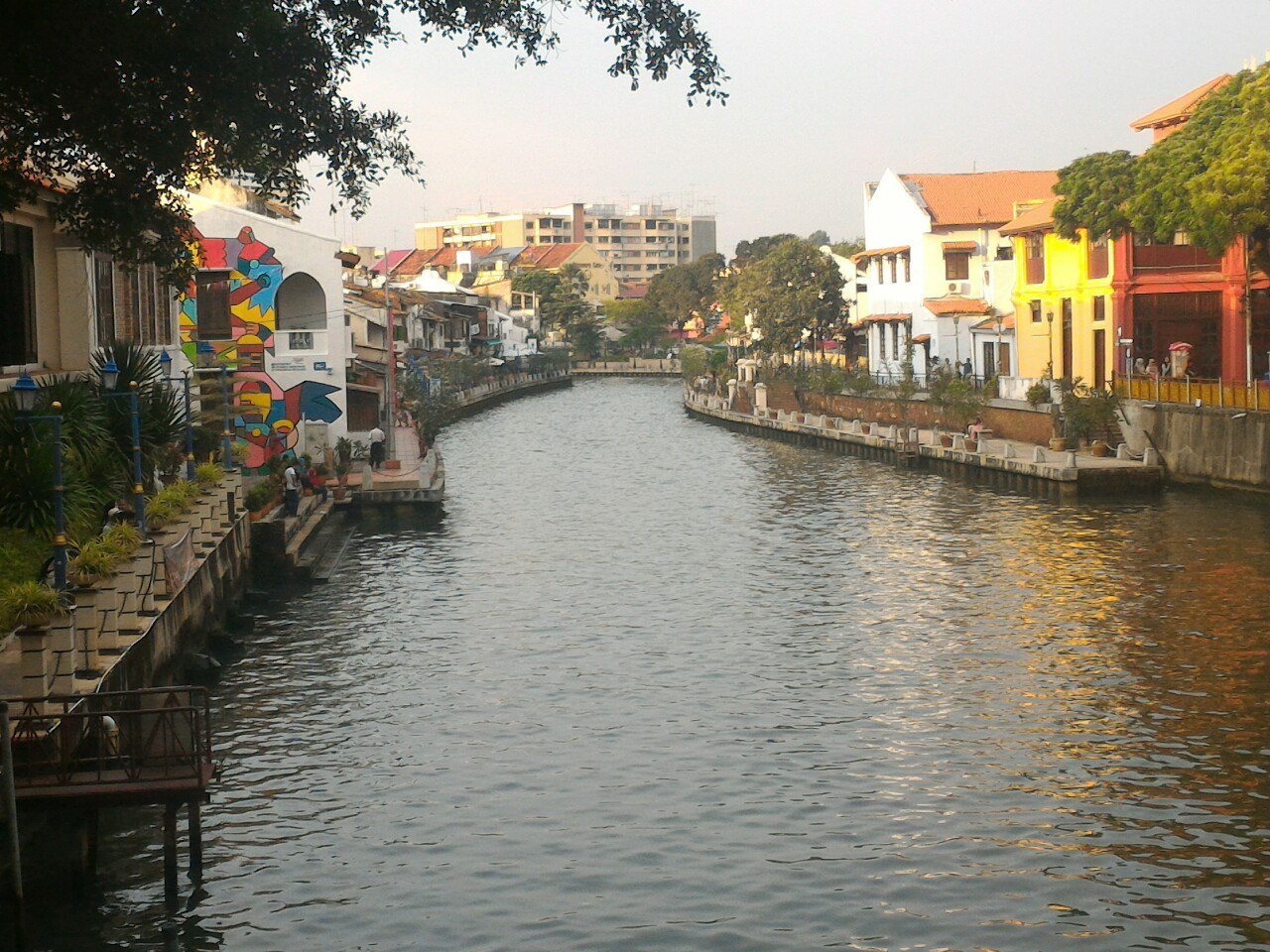 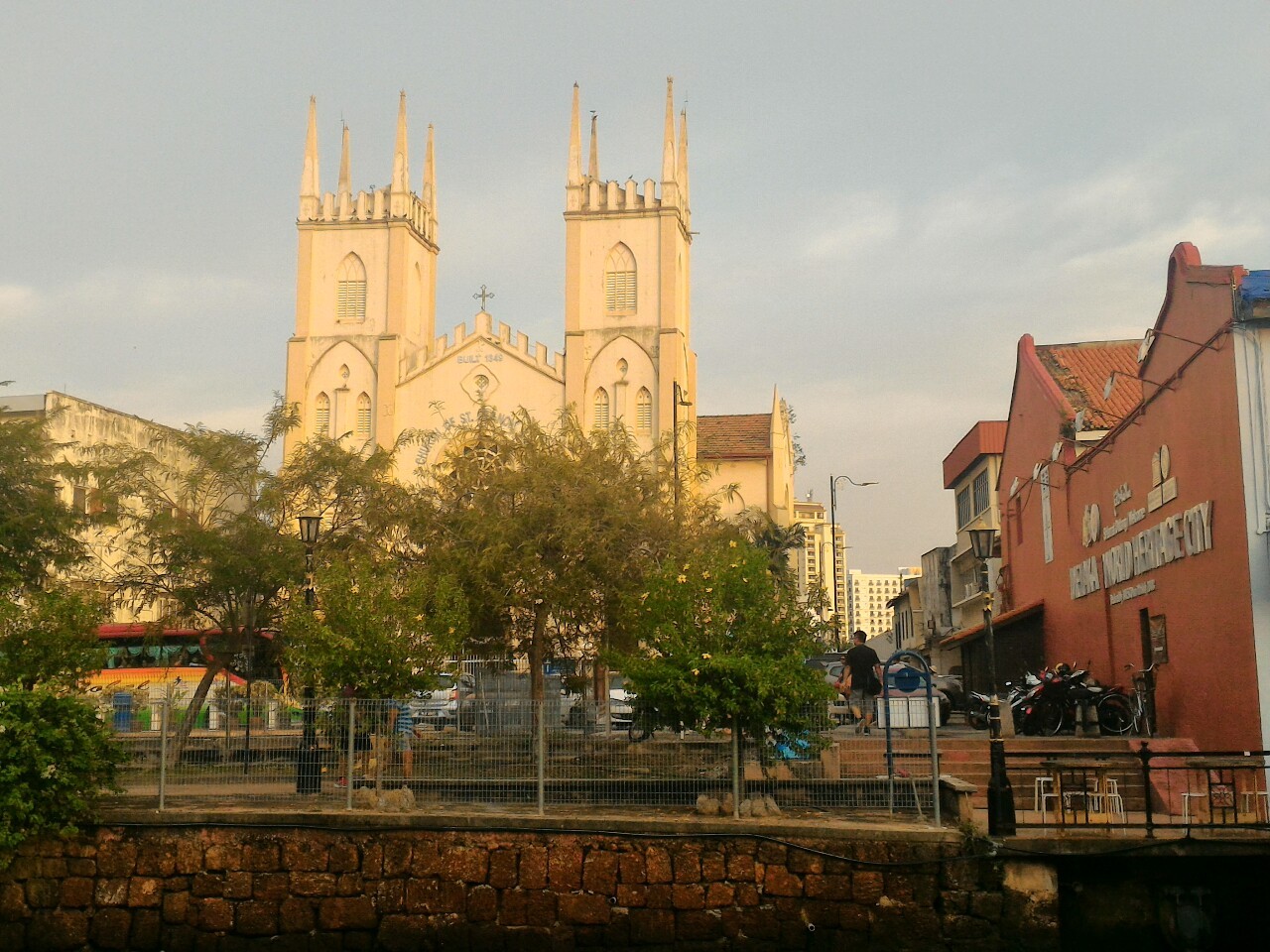 Malacca: up the hill behind Dutch Square The ruins of St. Paul’s church stand at the summit of St. Paul’s hill near the remains of A Famosa fortress. The site was originally occupied by the “Chapel of the Annunciation”, which was built in 1521 by Duarte Coelho in gratitude to the Virgin Mary for saving his life in the South China sea. In 1548 the Archbishop of Goa in India handed over the church to the Jesuits, who began renovating it in 1566. The present building was completed in 1590, with the tower on the right side of the sacristy added in 1593.

Malacca: getting there, and getting away 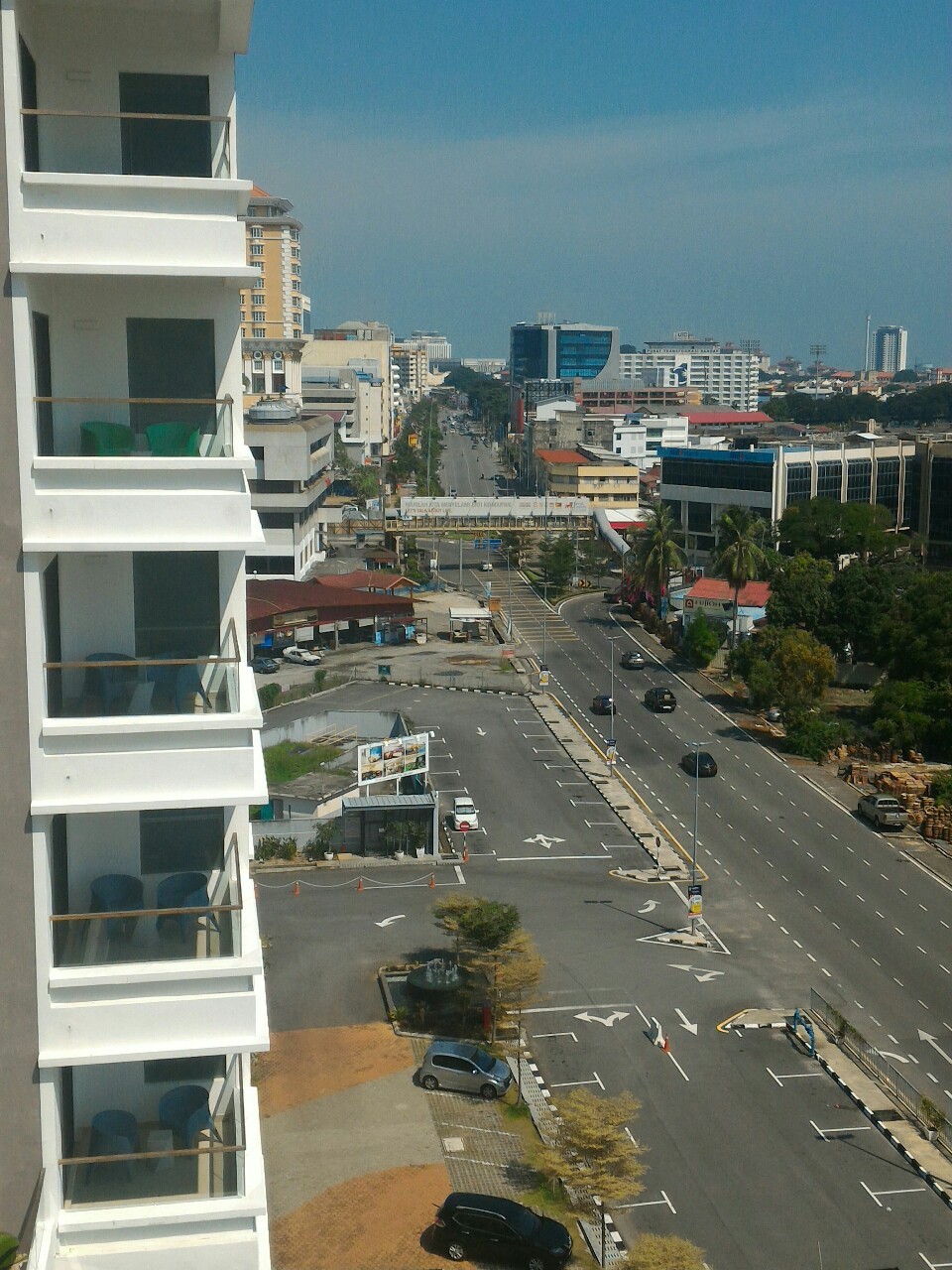 We went by bus direct from KLIA2; similar to the Thai VIP buses, a newish 27-seater, 9 rows of 2-1, 24 ringgits, comfortable and plenty of leg room, under 2hrs, no stops till Melaka Sentral bus station. Taxi from there to hotel, 20 ringgits which seemed to be standard fare around the city.

Leaving, it was back to Melaka Sentral and wide selection of buses/bus companies leaving every 30 minutes. Train line doesn't go there. Took Delima standard coach (10 ringgits) as was next one due to leave. Buses go to the Terminal Bersepadu Selatan at Bandar Tasik Selatan (BTS) bus/rail link outskirts of KL, we took train from there. The man competes in Triathlons, You know that they are getting up and out at about the same time most of us are coming home 555

Transport... KL buses a mystery to me, I like the train network, just a little planning for nearest station required
Prefer to stay near KL Sentral, saves commuting time

KL Sentral is the Kuala Lumpur&#8217;s integrated rail transportation centre. It hosts the list of the following train lines as in the table below:

KTM Intercity
A central rail point for all rail destinations throughout Malaysia and as an international transit point for travellers/transits from Bangkok and Singapore. It is also part of the TransAsia Railway Network to Vietnam and China

KLIA Transit
A link to Kuala Lumpur International Airport with transits in key areas within the Multimedia Super Corridor and the Federal Government Administrative Centre (Putrajaya & Cyberjaya), as well as Bandar Tasik Selatan and Salak Tinggi

Hi Hatari, Have you visited many off the Malaysian Islands ? My Mate has been living on Kappas Island for a few years and loves it. Im not sure were it is but the nearest big town is Terengganu . May be worth a look for you .

In Kuala Lumpur itself, the KL Bird Park is exactly that. If you don't like birds, or parks, or birds in parks, don't bother... 20+ acres of Park to explore. We met friends who were up from Johor Baru, enjoyed walking and talking, not many people midweek

We took the train to the old KL Railway Station and walked from there about 20 minutes, coming back ahead of rain took a taxi 10 ringgits 100 baht

The Bird Park houses more than 3000 birds representing more than 200 species in an enclosed aviary. 90% are local birds and 10% were imported from overseas. 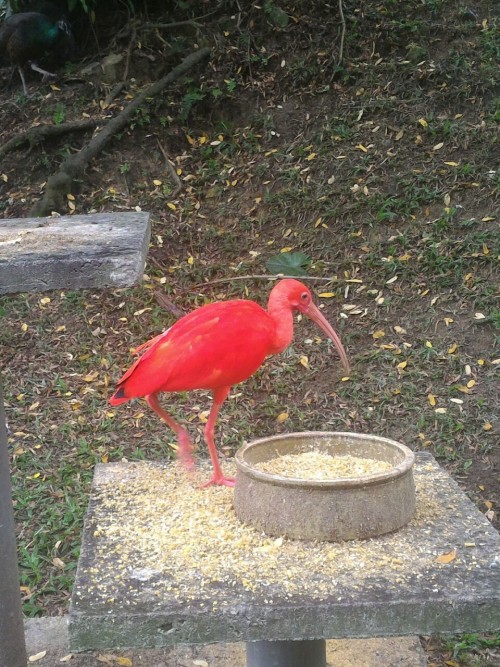 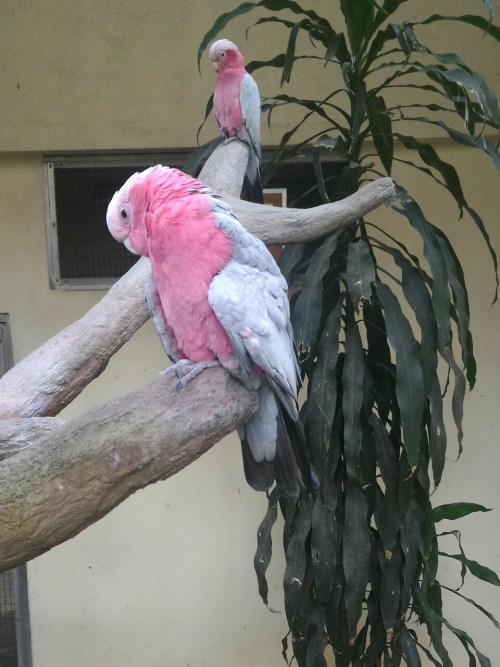 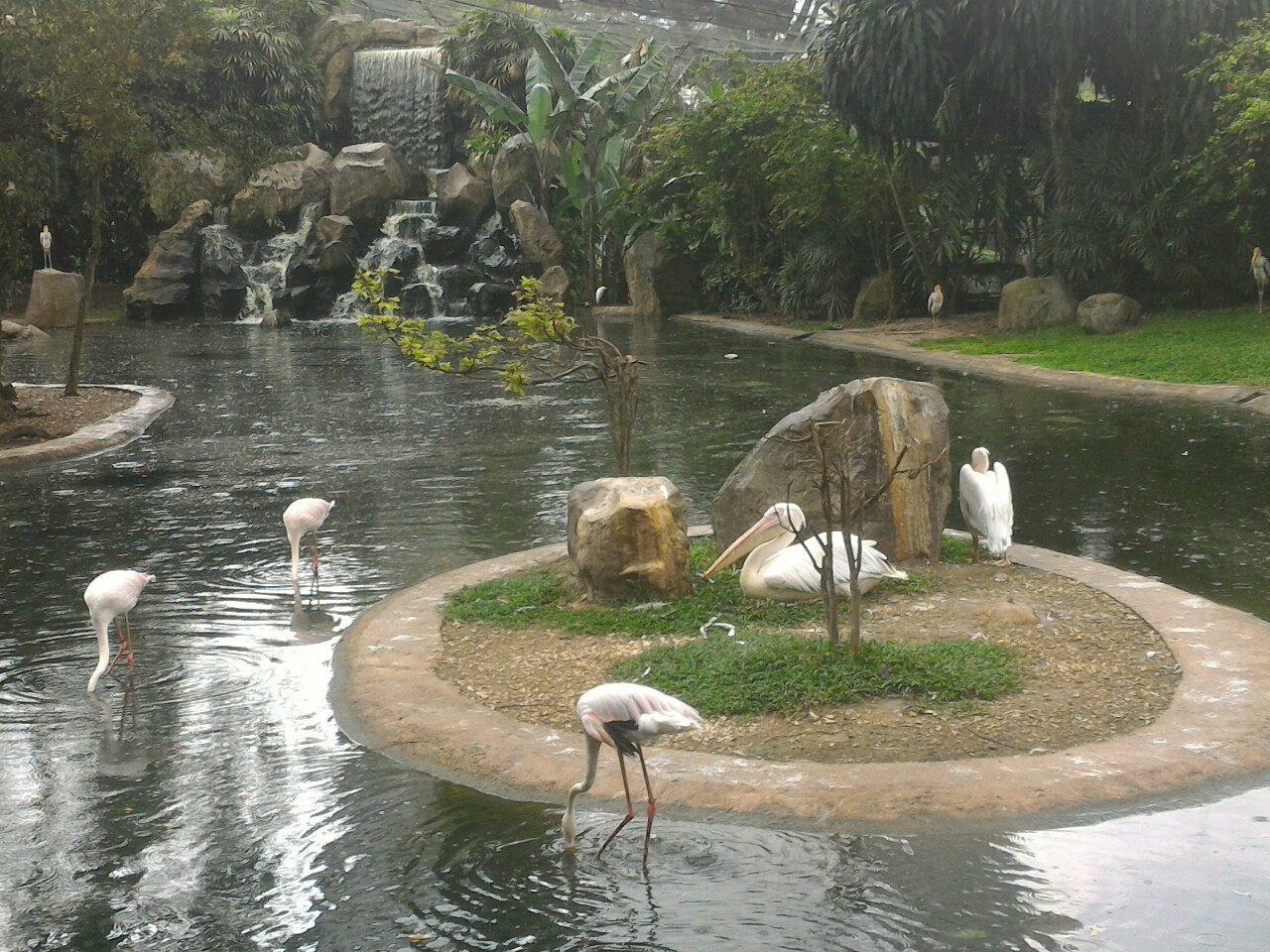 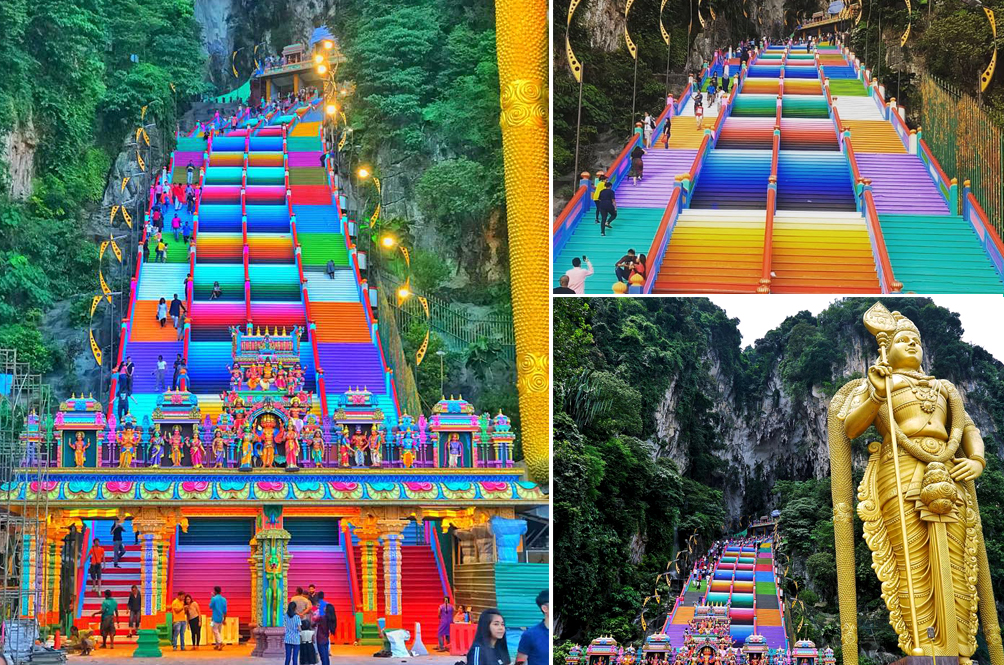 27 August 2018
PETALING JAYA: Social media is abuzz over the newly painted stairs at the Batu Caves temple. The 272-step stairs leading up to the entrance of the Sri Subramaniar Swamy Temple has been painted with various bright hues of red, blue, yellow, green and orange &#8211; giving it a rainbow look. Across the social media, many were in awe and praised the new look.

But...
Colourful paint job on Malaysia's Batu Caves staircase may be illegal 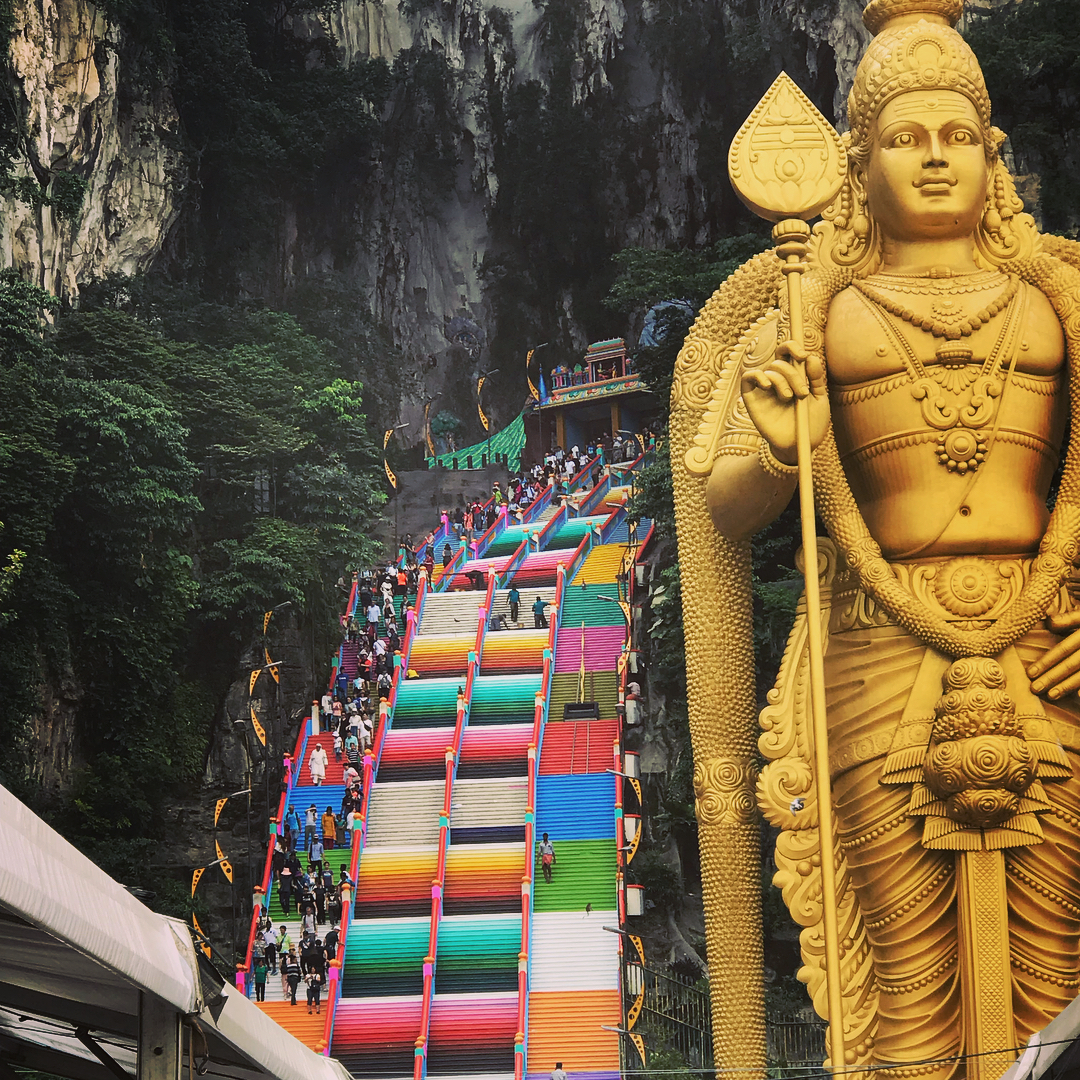 Couldn't believe the damage they've done inside that cave. They'd be thrown in jail in this country.
N