Things to do in CM

Looks like fun, as long as the rivers have enough water in them not to end up as tube carrying...
I did a dry season river rafting trip on one of my early visits and ended up doing more portage than actual rafting.

Yeh , one of the big problems for Thai tourism is that the money is so big an incentive that they wont tell you the truth and cancel the trip - the boss dont like not having his money!
Thus Ive seen too many friends go to Pi Pi Island when it was too rough and sick all the way , and tourists risking their lives parasailing on howling windy days
Elephants in season and made to work/perform also comes to mind

in chesky krumlov there were pubs by the river that you could stop at and the hotel we were at was right on the river and the final stop. 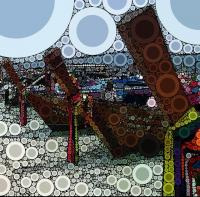 Berserk elephant kills mahout, runs away with Chinese tourists on its back - Thai PBS English News

A bull elephant went berserk, killing its mahout and running away with a Chinese family on its back.
The incident happened late today at an elephant camp in Mae Wang district of Chiang Mai as a tour coach dropped a group of Chinese tourists at the camp for a jungle tour on elephant back.

As the mahout identified as Surachai Dangpumipak, 40, was helping a Chinese family of three members on to the back the 25-year-old bull elephant for a jungle tour, the elephant went berserk, trying to throw the tourists off its back.

The mahout then intervened and tried to calm it down.

With no success, the elephant turned on the mahout and gored him to death with its tusks.

Other tourists seeing the incident then ran for their lives.

The crazy elephant ran into the jungle with the family on its back.

Police and local authorities were alerted and were out to find the elephant.

The fate of tourists on its back is still unknown

^ follow up to that story is the bull elephant had been physically abused by the mahout some time (years) before and "remembered" the man .... an elephant's revenge!

Were the tourists okay ?

mahout to death after he fell from its back at Phutawan elephant camp in Mae Wang district of Chiang Mai today went wild because it saw another mahout who had abused it, according to investigation by Mae Wang police and witness accounts.
The bull elephant, Plai Somjai, was taking a Chinese tourist family of three on a jungle tour along the canal at the Phutawan camp in the morning.

As the mahout, Surachai Dangpumipak, 40, was riding Plai Somjai along the stream with the Chinese family on its back, it suddenly went angry after seeing another mahout identified as Lek standing in the water.

The elephant had been earlier abused by the mahout when it was under his care.

Plai Somjai then rushed towards the mahout to attack him.

Surachai who was riding on its back with the family tried to control it but accidentally fell from its back.

Lek managed to run away from the scene but Surachai couldn’t make it when he fell on the ground.

Plai Somjai then stepped on him and gored him to death with its tusks, amid the shocked family on the back.

After killing the mahout, Plai Somjai ran away with the family on its back.

Camp workers were alerted and later they called in local authorities for help to calm down the elephant.

It took them more than three hours before they could calm down the elephant and brought it back to the elephant camp.

Authorities said Plai Somjai was calmed down when a former mahout named Klui who was with Plai Somjai a long time since it was young but resigned to work at another elephant camp was called in to help control the elephant.

Klui rode on the back of another female elephant to approach Plai Somjai and slowly calmed it down.

Klui then climbed over its back from the back of the female elephant and directed Plai Somjai back with the Chinese family on its back safely to the camp.

quite a ride for the chinese family.

i give elephants and wild animals generally a miss here as you just don't trust that they are treated properly.

Moo Uaon;243281 said:
I give elephants and wild animals generally a miss here as you just don't trust that they are treated properly.
Click to expand...

Would it be safe to venture into Foxy Lady or do the same rules apply?

haha...yeah same same...they're all local wildlife.
noticed one of my friends from there was sporting a black eye recently.

i give elephants and wild animals generally a miss here as you just don't trust that they are treated properly.
Click to expand... 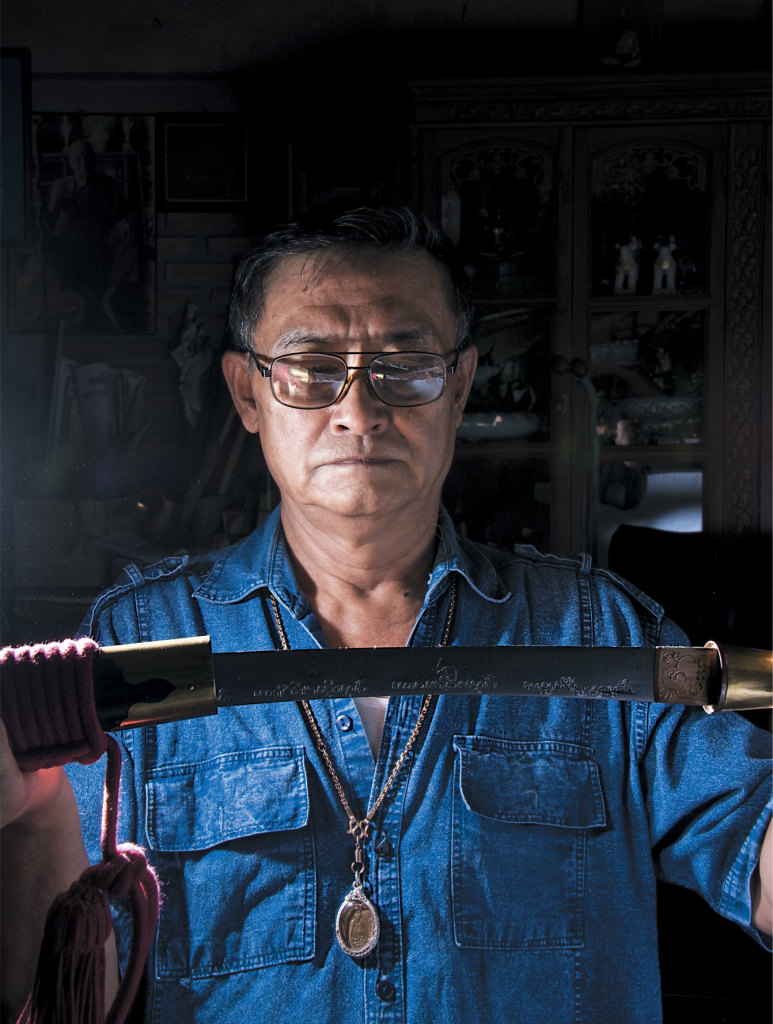 Nice, where is he?
A friend of mine from my school days is a knife maker and has won a number of awards at knife shows for his craftsmanship.
He has made the odd sword as well, but he speialises in hunting knives. They are not cheap but of good quality and very collectable.

which is 100k's south of CM but something i'd have a butchers hook at!

Bunthun&#8217;s craftsmen finish about ten swords each day. &#8220;It&#8217;s about quality, not quantity,&#8221; he said. &#8220;It is a dangerous job to make swords by hand and not machine, especially when we iron the metal. We cannot overproduce. Craftsmen need to be calm and concentrated, to work alone in a quiet space, and to focus on every hit of the sword.&#8221; From their attention to quality, their reputation has grown. While they practice an endangered art, Bunthun continues to pass on this ancient craft to the next generation in hopes that it will not die.

Do you know of any good quality knife makers in and around CM? Does this guy also do knives?

Edit, he does mention seeing his knives at the bottom of the article.

some nice pics of a nice place not far from CM...