If you drank 5 of my infamous Manhattans you'd be in bed for 2 days... So how much did you scam off your countrymen last night?

Many more drinks when I got back downtown after dropping off the car.
I was at a house party in the semi-burbs until 12am

How long till the first shooting?

Uber offered its first motorbike taxi service on Feb 24, launching a pilot scheme in Bangkok which could spread across Asia as it takes on chief regional rival Grab Taxi.

Motorbikes have long been a popular commuting option in the Thai capital, which has horrendous traffic jams due to increased car ownership and poor city planning.

Ubiquitous motorbike taxi drivers, found at stands across the city wearing bright orange jackets, weave in and out of stalled traffic with both skill and knuckle-whitening speed.

An Uber motorbike which collects passengers from their office or home could prove popular with commuters.

But Uber will be up against both Singapore-based Grab Taxi, which began offering a Bangkok motorbike service alongside its cabs last year, and the tens of thousands of regular motorbike taxi drivers who jealously guard their patches.

"I'm really excited to say Thailand is the first country to launch a two-wheeled motorcycle product in all of our cities," Douglas Ma, Uber's head of Asia expansion, told reporters.

Chalerm Changthongmadan, head of the Association of Taxi Motorcyclists of Thailand, said he was concerned by the arrival of startup competitors.

"I think it will bring conflict among people who do these jobs," he said. (AFP)
I

Somebody needs to take out the thug with a quick bullet between the ears. I'm not sure if it would hit anything important, though.
I

"I think it will bring conflict among people who do these jobs," he said. (AFP)
Click to expand...

Very quick I would guess. Those guys don't mess around.

i don't think uber is ready to take on feudalism!

They are chasing another $2.1bn in funding to keep up the fight. They have already raised about $10bn Over the last 5 years. And are yet to turn a profit. Their game plan is arrive and attack and break the competion and block out any new arrivals. Hence the current price reductions. That is expencive.
Also Uber are fighting wars on too many fronts. They are illegal in most cities they opperate in. They have numerous class actions and law suits against them across the globe. They are being beaten in China, and India by the local ride sharing apps. In the case of China, Didi Kuaidi is order of magnitudes larger than uber and are backed by the central government. They are in $b fight there and are losing.
In India not only are they illegal they are struggling against the local company, Ola.
They are illegal in pretty much all of Europe except Finland and they are only legal in about 30 of the 50 states of the US.
Search the papers on the www, there are plenty of stories to verify what I am saying.

Reading Vietnam forums they are well used in Saigon

And half the times the ride you get is way better than a taxi but the other half is an older guy with a guy not knowing where he is going.

But in some places it is needed. When I go back to Boston, I will have my sister drop me off if I am meeting friends in suburbs and before was so hard to get a taxi....now just do Uber

JAKARTA (Reuters) - So stiff is competition between Indonesia's motorcycle taxis app companies that new entrants are going to extreme lengths to stand out.

Aris Wahyudi, the founder of the newest motorcycle-sharing company, reckons he has found a unique way to win business: not-so-smelly drivers.

"We took the decision to do an odor test for our customers' satisfaction," Wahyudi said, speaking in a sweltering basement car park, where prospective drivers are lining up to have their armpits sniffed as part of a selection test.

There are now nearly 40 such firms operating in Indonesia, including Malaysia's GrabBike, and local firms Ojeks Syari, which advertises the Islamic credentials of its jilbab-wearing, women-only drivers, and Limobike, which offer a deluxe service with Vespa-style scooters. "I have already found many types of body odor smell," he says, clutching a clipboard which he uses to score candidates as they stand, arms outstretched, in front of a fan meant to simulate the headwind of a motorcycle ride.

"The ones who have sweat smell and armpit smell mixed we don't give a pass."

Muhammad Ali, 44, wants to supplement the salary he earns working in a bank by driving a motorcycle taxi in the evenings. He has come prepared for the odor test.

"I have brought Rexona (deodorant) because, according to my wife, I have smelly body odor," he said. "But I am really optimistic I can pass all the tests today."

GrabBike mentioned in previous post
Some problems for them in Bangkok

The request came after the Department of Land Transportation has found that the company uses unregistered motorcycles or those with black license plates, instead of yellow plates, to provide services.

The department&#8217;s deputy director-general Natthapong Cherdchu said he would tell the company to hold all services at this time until it has legalized its operations.

He said the department has sent out an invitation to the company for talks after finding that it has been using personal motorcycles or those with black license plates to provide services to the public, while the payment and fare price processing have not been completed under the stipulated regulations.

He said he asked the company to legalize all operation processes, and also asked for the company&#8217;s cooperation in halting all services until everything has been legalized.

GrabBike service is same as the taxi service, allowing customers to select pickup and drop-off locations and book a driver. The estimated fare will appear on screen and driver location is also tracked real-time. Prices start from 35 baht per route.

The on-demand motorcycle service for people and parcels has already launched in Hanoi, Hi Chi Minh City and Jakarta, and claims to provide insurance up to 2,000 baht with all drivers&#8217; backgrounds thoroughly checked,

The service was launched in August last year in Bangkok, becoming the third country on GrabBike&#8217;s expansion across Southeast Asia, after Vietnam and Indonesia. 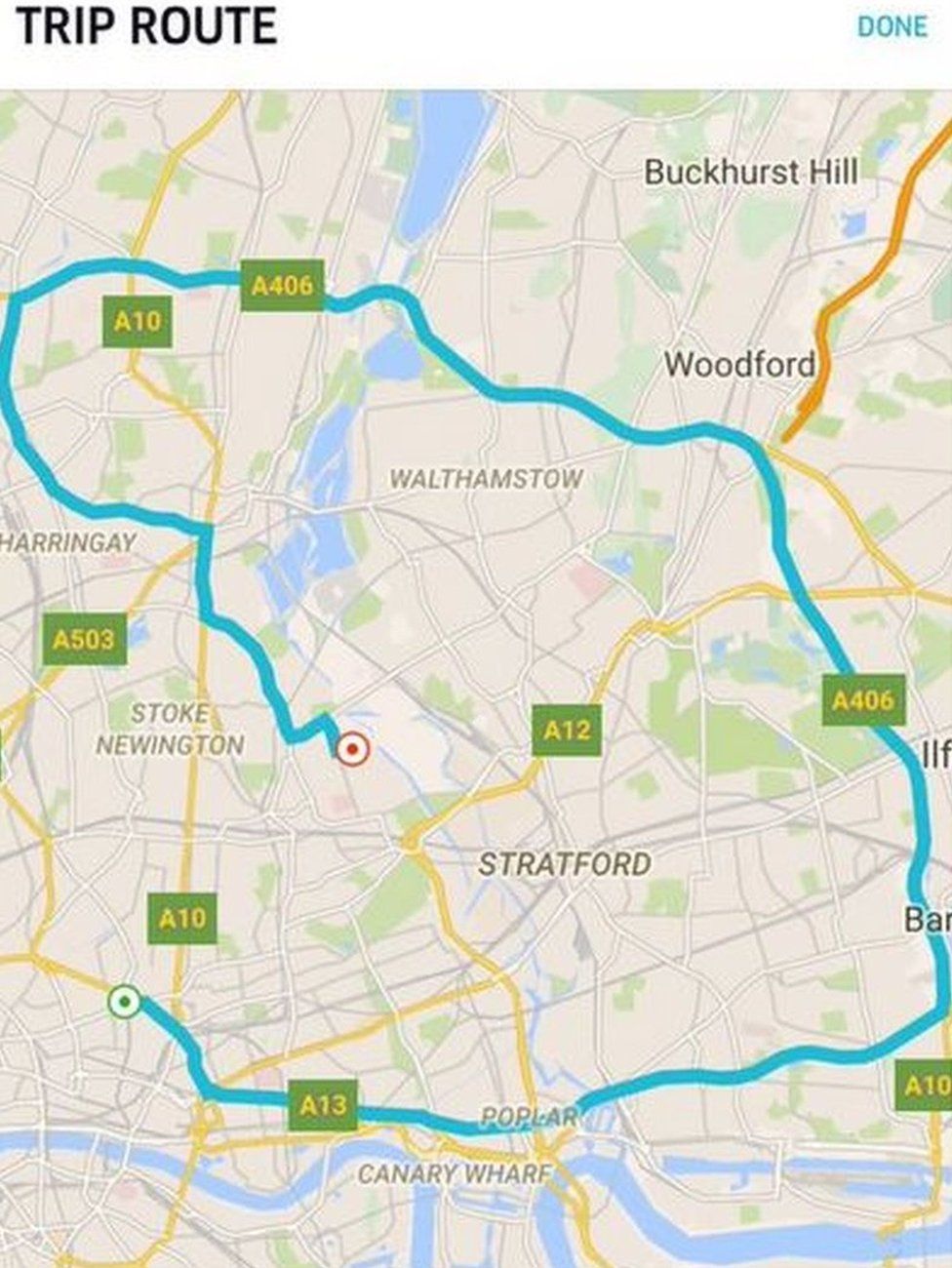 Uber tells you what the ride will cost before you accept the ride.

Dupree;279460 said:
Uber tells you what the ride will cost before you accept the ride.
Click to expand...

So why did they refund him?

Even if he did drunkenly accept the ride cost before hand. Its obvious that the driver ripped him off. I'm surprised the article didn't address that. Journalism blows.

But this is an actual positive thing for Uber rather than a negative
Dude is blind drunk, the driver stupidly tries to rip him off..........and all he had to do is look at his app the next morning
You must log in or register to reply here.
Share:
Facebook Twitter Reddit Pinterest Tumblr WhatsApp Email Link
Menu
Log in
Register
Top